The mission of the Friends of the Wildlife Corridor is to protect our habitat by supporting, preserving, promoting, and enhancing the Santa Ana and Lower Rio Grande Valley National Wildlife Refuges and their use for recreational, educational, and scientific research purposes. Our partners include Sponsors and Supporters:

We recognize our Supporters by publishing their names in our quarterly newsletter. Each newsletter includes the names of those supporters who have contributed to the cause of Valley habitat and wildlife during the previous quarter. 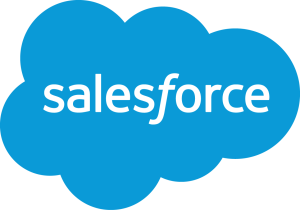 Salesforce. Salesforce has given us an in-kind donation of licensing for donor-management software plus service valued at $2,600/year.

San Juan Auto Luxury Experience.  In September 2014, the Mercedes-Benz, Audi, Jaguar, and Land Rover dealerships of San Juan demonstrated their civic involvement and commitment to the environment of our community by jointly donating $1,000 to the Friends of the Wildlife Corridor in support of programs in the LRGV NWR. Their donation is already helping plant trees on cropland that has been acquired by the Refuges, restoring native habitat for the hundreds of species of animals, birds, and plants that depend on it.

Νational Fish and Wildlife Foundation. In January 2014, the NFWF provided the Friends of the Wildlife Corridor with a $5,000 grant to develop a new and distinct web site that will incorporate current technology, feature an FWC-specific domain name, and provide a clear description of FWC goals and activities. The web site project was completed in June 2014.

United Airlines. Through its Eco-Skies Community Grant Program, in November 2014 United Airlines awarded the Friends of the Wildlife Corridor $5,000 for materials to build a boardwalk and wetland viewing station over Willow Lake in the Santa Ana National Wildlife Refuge. The boardwalk project will allow expansion of the lake, increasing capacity of the wetland to support birds and other wildlife, and expanding public understanding of wetlands by giving visitors, including teachers and their students, safe access for observation. The project was completed in March 2014.

American Forests. In late December 2014, American Forests awarded the Friends of the Wildlife Corridor $20,000 to support the Farmland Phase-Out and Re-vegetation Program in the Lower Rio Grande Valley National Wildlife Refuge. In 2015, these funds will support the planting of 20,000 native tree and shrub seedlings, restoring native habitat on cropland acquired by the Refuge.

The Refuge currently owns about 7,600 acres of cropland and will acquire an estimated 30,000 more farmland acres to complete its land acquisition goal. Under this Program, each year 300-500 acres of Refuge cropland are re-vegetated with at least 600 seedlings per acre of up to 60 species of native trees and shrubs. All seeds used to grow seedlings are hand collected within the project area (the four southernmost counties of Texas). Species are carefully selected to match the soils, hydrology and other location factors of each site. American Forests began supporting the Refuge’s re-vegetation project in 1997. Since 1999, the American Forests’ Global ReLeaf grant has supplied a generous percentage of the tree seedlings planted.

Hawk Migration Association of North America. In March 2013, HMANA awarded the Friends of the Wildlife Corridor a grant of $700 to produce interpretive aids, including a display for the Santa Ana National Wildlife Refuge Visitor Center focusing on the ecology and conservation needs of raptors and a folding handout for interested visitors providing information on hawk migration and flyways and identification tips. This project was completed in Summer 2013.

Valley Proud Environmental Council. VPEC works with Friends of the Wildlife Corridor and U.S. Fish and Wildlife Service to host the annual Rio Reforestation event, which is the only public outreach for the Lower Rio Grande Valley NWR and the Refuge’s Farmland Phase-out and Re-vegetation Program. VPEC provides publicity for Rio Reforestation.

Apache Corporation. Apache Corporation has donated 8,000 seedlings to the Friends of the Wildlife Corridor for the Farmland Phase-out and Re-vegetation program, and some (or all) of those seedlings will be planted at Rio Reforestation 2015.